It all began several years ago while I was on a quest to find out more about a colleague (now former) of mine.  We would run into each other in the office kitchen and talk about life, hobbies, etc., etc.  I did then what I still do now…..I googled him.  Lo & behold, I came across a mention of him on BlackPlanet and I created a 'dummy' profile on the website, so that I could follow him more closely.  Aside from discovering that my colleague was a chubby chaser (a whole other story -- *side eye*), I discovered a whole other side of BlackPlanet that no one ever talks about.

I don't even remember signing up for it, but BlackPlanet comes out with a daily email blast that provides links to articles and videos about everything going on in black media, politics, health, spirituality, etc., etc.  This daily email is actually a one-stop shop where you can get all your celebrity gossip, find out the latest news on how politics are affecting the urban community (and ethnic people, in general), stay up-to-date on the latest fashion and health trends, listen to the latest gospel music and get a little inspirational message at the start of your day.

Today, like most days, I am focusing mainly on work, but trying to also read a couple of my personal emails on the side and delete some of my junk mail.  While reading today's BlackPlanet email, I came across an article about Denzel Washington and how he told his daughter that if she's going to pursue acting, she should model herself after someone like Viola Davis.  He explained that the only way she has a chance of succeeding in Hollywood as a dark-skinned African American woman is to truly be beyond talented at her craft, to the point where she cannot be denied.

Of course this one article sends me on a tailspin and I then watch the one-hour actor's roundtable video (Great video & great series to keep an eye on!!!!!), where he made this quote.  I also decide to look up details about his wife and children to get a better idea of what they were all working with.  Well…..in my search, I came across an article that, I believe, if internalized, will make me a better person and a better wife.  Enjoy an excerpt below!

Denzel didn't experience love at first sight when he met his wife Pauletta, but a year after the two met on the set of the 1977 film Wilma (in which they were co-starring)–Denzel knew she was something special.
Five years later they were married and built a beautiful family together which included four children who are all succeeding in their own right. Three are currently enrolled in college (Tisch, Yale and U.Penn) and one is a professional football player for the California Redwoods in the United Football League. A strong family unit speaks volumes of the family's foundation–the parents. Denzel and Pauletta have been able to take the strength of their own 28 year-old relationship and share it with their children. This couple does more than make it last, they endure and thrive.
Why She Loves Him: Pauletta has no problem dealing with the women that come after her man. She told Essence that it would be senseless to be upset with flirting women because Denzel comes home to her. She even takes the flirtation as a compliment. However, Pauletta knows that Denzel's appeal is more than his knee-weakening looks. He's amazing inside and out. Pauletta told Oprah, "I thought he was cute, but I fell in love with his spirit. And then I thought, 'Hmm, not a bad package.'"
Why He Loves Her: Pauletta's got the kind of confidence you can touch. When your man is voted by countless magazines, women and even some men as the sexiest man alive, you've got to be one of the most confident women alive. Pauletta is just that. Her confidence is as sexy as Denzel's demeanor and if it's one thing that Denzel loves, it's confidence. On an appearance at the Wendy Williams show, Pauletta explained, "I am so secure to who Pauletta is and my mother raised me in a way to know that who I am. She married me for who I am and I've always felt confident in who I am and it's by the grace of God."
Why They Work: Denzel says that love is a marathon and not a sprint. He prepared to put in the work and focus for a long-term love with Pauletta when the two were dating. These two also keep God at their relationship's center. Denzel said in an interview that spirituality is his life and it's reflected on his and his family's lives.  Denzel told The Washington Post that his family is the base that keeps him solid. He added, "Acting is just a way of making a living. Family is life. When you experience a child, you know that's life."

Why We Love Them: Denzel and Pauletta share a balanced relationship that boasts love, commitment and respect. They keep it simple. Denzel told Oprah, "When it comes to the kids, I give complete credit to my wife, Pauletta. Early on, we decided that we wouldn't drag them around to all the places I go. Pauletta was the consistent one who made breakfast every day and took them to school. She taught them their prayers." This consummate family unit totally makes us swoon.

Robert De Niro, Grace Hightower and my musings on the like.....

Am I the only one who wasn't aware of Robert De Niro's "preferences"?  Robert De Niro, a famous actor and native New Yorker, loves him some black women.  His first wife was an African-American actress and singer.  They divorced in 1988.  He then dated a model by the name of Toukie Smith, also African-American.  In 1997, he married his 2nd and current wife, Grace Hightower.  They have been married for 15 years. 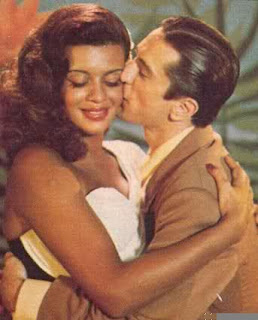 Anyway, this recent discovery had me thinking about interracial relationships and wondering how prevalent they really are.  Being the researcher that I am and hearing over the years how men prefer women of other races and how black women can't find a man because they are leaning towards white women and how black men feel that life would be easier (or is easier) if they date and marry whites......I decided to see how well those theories match with cold hard statistics.

Contrary to what society would have you believe, only 10.8% of married Black American men had a non-Black spouse.  4.6% of married Black American women had a non-Black spouse.  It is true that the percentage goes up, based on education level, however it is only a marginal increase (2.5% difference).
It is also interesting to note that the percentage of African American men cohabiting with someone of another race is 5.5% higher than those that marry someone from another race.  So, it is more likely that an African American man will date and live with a woman of another race, but less likely that he will actually marry her.
In an answer to those men who feel that it is easier to be with women of other races, due to the "attitude" that black women have, it would be useful to note that the divorce rate among black men and non-black women, the divorce rate is twice the divorce rate of same-race married couples.  Surprisingly, when the roles are switched (black women marrying other races) their marriage is 44% less likely to end in divorce.*  So, my black sisters, it is definitely time for us to expand our horizons.
*Please note that these divorce rates are based on if the couple is still married by their 10th year of marriage.
On another note (and specifically for my dear friend Tammy's benefit), of all races, Indian Americans displayed the lowest rates of 'outmarriage' overall......so it's probably better to set your sights somewhere else.

Below is a topic brought up at work about how/if demographics played a part in the most recent election.  I thought this post by one of my colleague's expressed my point of view, so thought I should share.  Who did you vote for and why?  What about the people you know?  Was it based on race, gender or religious affiliation?  Was it about values?  Was it about your income bracket (or anticipated income bracket)?  Weigh in....

Shortly before the recent American election, my cousin, a Rabbi in Chicago, had a very uncomfortable conversation with her landlord.

"You're Jewish so you're voting for Romney too - right?"

At a loss for words, the most my cousin could manage back was "well... I'm a woman too - so I'm voting for Obama"

There has been a lot of press about how demographics played a key role in Obama's victory at the polls (along with his superior team of statisticians and a strong field organization).  The data is undeniable -  Obama had significant margins of victory among Black, Hispanic, Asian-American, Women, Young and LGB voters - who also  represented a greater percentage of the electorate than in previous elections. 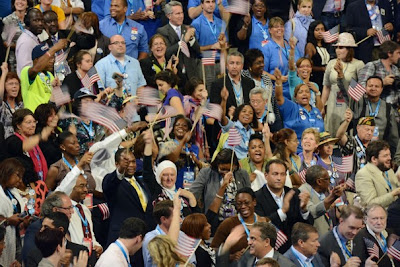 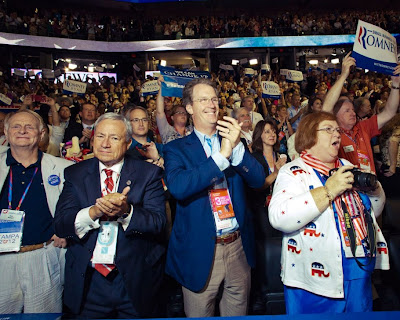 But in all this data and analysis - it's important to think back to my cousin's experience.  Reducing her political views to her gender or her religion is kind of insulting.  And while there are individuals out there who are "single-issue" voters based on their religion, gender or sexual orientation - most people vote for the candidate that best fits their values.  These values are very likely influenced by your cultural background - where you grew up, what your parents value, the opportunities you've been given, whom you tend to hang out with, how you treat and are treated by others.  But they are also uniquely yours - they are your story to tell - and not for others to assume.

Obama didn't win because of demographics.  He won (in part) because he created an inclusive narrative that allowed a plurality of individuals to see themselves and their stories in the picture, to feel like they fit in and to believe that they and those they care about are more likely to be better off in 4 years under his presidency.

And that's our challenge in Inclusion and Diversity - to move away from what Laura Liswood in The Loudest Duck (I second Catherine Hackworth's recommendation) calls the "Noah's Ark" mentality of counting people and toward a toolbox that allows us to be more comfortable, engaging and motivating with those who are different in a variety of dimensions.